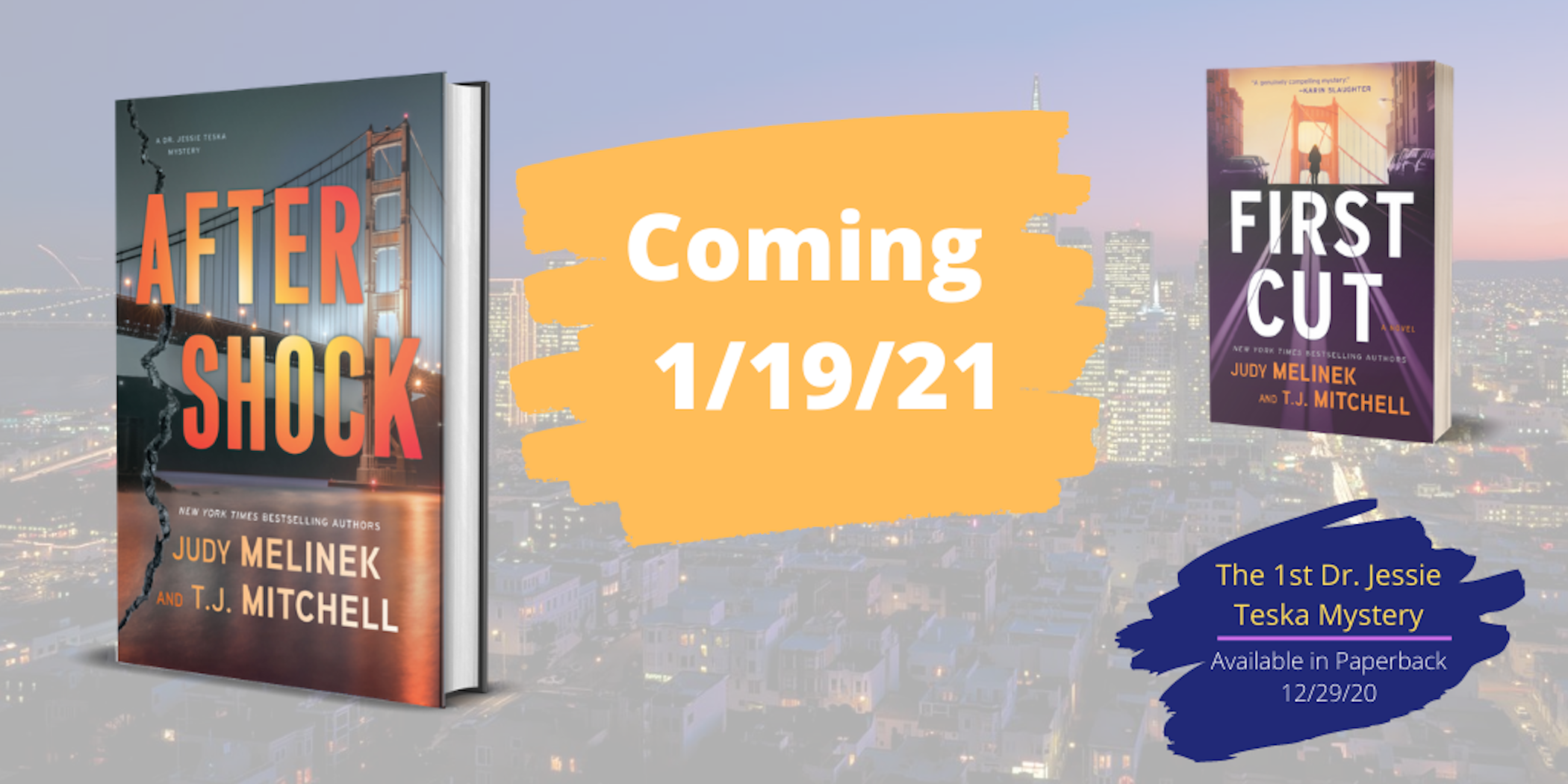 Pre-order your copy today!  Available in hardcover at your favorite bookseller on January 19, 2021

At first glance, the death appears to be an accident. The body, located on a construction site, rests under a collapsed beam. But when Dr. Jessie Teska arrives on the scene, she notices the telltale signs of a staged death. The victim has been murdered. A rising star in the San Francisco forensics world, Jessie is ready to unravel the case, help bring the murderer to justice and prevent them from potentially striking again.

But when a major earthquake hits San Francisco right before Halloween, Jessie and the rest of the city are left reeling. And even if she emerges from the rubble, there’s no guaranteeing she’ll make it out alive.

With Melinek and Mitchell’s trademark blend of propulsive prose, deft plotting and mordant humor, this electrifying new installment in the Jessie Teska Mystery series offers the highest stakes yet.
1

Judy Melinek, M.D. and T.J. Mitchell are the New York Times bestselling co-authors of Working Stiff: Two Years, 262 Bodies, and the Making of a Medical Examiner. Dr. Melinek was an assistant medical examiner in San Francisco for nine years and today works as a forensic pathologist in Oakland and as CEO of PathologyExpert Inc. T.J. Mitchell, her husband, is a writer with an English degree from Harvard, and worked in the film industry before becoming a full-time stay-at-home dad to their children. First Cut is their debut novel.